What does the future hold for U.S. road haulage after COVID-19? 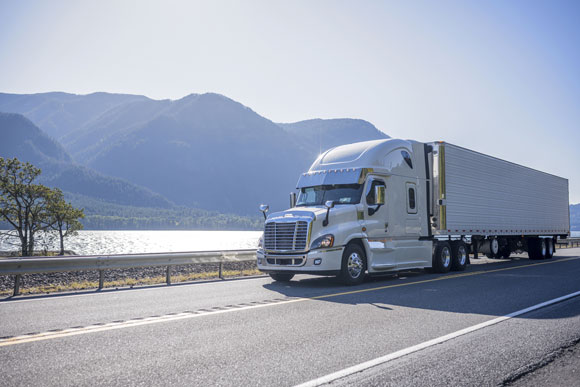 An intriguing article by McKinsey headlines by asking what the future holds for the U.S. road haulage industry post-COVID-19 but in so doing goes on to illustrate an industry in long-term decline.

The collapse in industrial activity has hit the freight transportation and logistics industry hard these last few months, but freight’s problems have been on a slow burn for much longer.

END_OF_DOCUMENT_TOKEN_TO_BE_REPLACED

This Morning in Metals: Thysskenkrupp sells elevator business for €17.2B 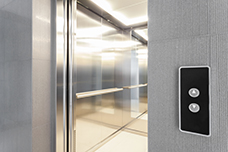 This morning in metals news, German firm Thyssenkrupp announced the sale of its elevator segment, the U.S.’s trade deficit in goods dipped in January and the International Tin Association recently surveyed tin producers regarding the impact of the coronavirus outbreak.

END_OF_DOCUMENT_TOKEN_TO_BE_REPLACED

The Latest China Supply Risk You Need to Know About

As we reported soon after it happened last week, the Bureau of Consular Affairs under the U.S. Department of State has issued a warning of an increased risk of arbitrary arrest and detention when U.S. citizens, particularly those of dual nationality, come to leave China. According to the notice, Chinese authorities have asserted broad authority to prohibit U.S. citizens from leaving China by using ‘exit bans.’ The post states China uses exit bans coercively:

Sounds serious, doesn’t it? But to be fair, the current notice is largely a repeat of one issued the same time last year and China retains a Level 2 caution, according to U.S. authorities — meaning two out of four travelers should “exercise increased caution” when in the country. This is a warning that has at times applied to parts of Europe due to a perceived risk from terrorism.

According to Conde Nast Traveler, the advisory follows high-profile cases in December in which two Canadian businessmen, Michael Spavor and Michael Kovrig, were detained for unspecified reasons, citing a Reuters report. Both Kovrig and Spavor remain in detention in China and are awaiting trial, with the U.S. and Canada calling for their release. In total, some 13 Canadians have been detained of late in moves said to be linked to the arrest of Huawei executive Meng Wanzhou.

Some put the restatement of the travel advisory down to increased trade tensions between the U.S. and China following President Trump’s trade war, but while such issues don’t help, the reality is China has always imposed strict censorship laws and still rigidly controls free speech. It uses such laws in situations that Western societies find arbitrary and unrelated, but the Chinese no doubt brought in the laws with the express intention of giving them a catch-all legal framework to bring leverage if they felt an individual, company or even country was not acting in China’s best interests.

What It Means for Metal Buyers

Buying organizations should, from time to time, be reminded that China is not a benign democracy, but an autocratic single-party state controlled by an increasingly powerful centrist elite.

The West’s view that China would become progressively more liberal and democratic over time has proved to be fundamentally flawed — and with that realization, our perception of risk for employees and contractors we send or employ there should change too.

McKinsey is a highly respected firm of consultants, but we rarely report findings of its work because the material released into the public domain is often too generalist for our practitioners at the coal face of metal procurement.

Arguably, a recent article on the future of containerization could be said to be in the same vein, comparing as it does their findings in 1967 to today and weighing up current trends extrapolating how the industry could change over the next 50 years. Fifty years is a long time — many of us won’t even be working anymore by then — but of course changes will happen gradually over the period. Some of the developments they mention are already in process today.

Careful not to make specific predictions, McKinsey suggest the following may happen by 2067. Like cars, the firm sees ships becoming autonomous — a scary thought, but, realistically, if you can do it with trucks and cars, why not boats?

END_OF_DOCUMENT_TOKEN_TO_BE_REPLACED

Speaking from the Oval Office, Trump officially announced the approval shortly after the State Department issued TransCanada‘s permit, making good on one of his campaign promises. The approval greenlights the Canadian company to complete construction on the pipeline that will funnel crude oil from Canada to refineries on the Gulf Coast.

“Today’s action to approve the Keystone XL pipeline’s cross-border permit is welcome news and is critical to creating American jobs, growing the economy, and making our nation more energy secure,” said API President and CEO Jack Gerard. “This critical infrastructure project has been studied longer than any pipeline project in U.S. history with exhaustive reviews by the State Department concluding that the project is safe for the environment and the best option for transporting domestic crude and Canadian oil to U.S. refineries.”

The 1,179-mile addition to existing pipelines that will stretch from Alberta, Canada to the U.S. Gulf Coast is estimated to create 42,000 construction jobs but only 35 full-time, maintenance positions once it’s completed.

More than half of all the mines in the Philippines have been ordered to permanently shut to protect watersheds in an eight-month campaign led by Lopez.

Two requests for proposals were released yesterday by Customs and Border Protection for the planned border wall between the U.S. and Mexico along the southern border in several states.

New descriptions in the RFPs include this language: “CBP seeks highly qualified Contractors to assist in the development of a new border wall design standard as well as construct border wall and supporting tactical infrastructure/technology along the southwest border. CBP seeks highly qualified Contractors to propose a reinforced solid concrete wall that meets or exceeds CBP’s performance requirements. The proposed prototype designs shall not include the use of proprietary design or equipment. CBP plans to enter into multiple-award, indefinite-delivery, indefinite-quantity (IDIQ), task order contracts for Border Wall Design/Build Construction. The IDIQ may include various, simultaneous task orders ranging from $100,000 up to $275,000,000 per task order.

“CBP anticipates awarding IDIQ contracts to multiple Contractors. All selected Contractors will be awarded one (1) task order to construct its proposed prototype.”

The RFP goes on to state that “the prototypes will inform future design standard(s) which will likely continue to evolve to meet USBP’s requirements. Any and all prototypes will be designed to deter illegal entry into the United States. Through the prototyping process, CBP may identify new designs or influences for new designs that will expand the current border barrier toolkit that CBP will use to construct a border wall system. The border barrier toolkit is based on USBP’s requirements.”

The American Iron and Steel Institute, the largest trade body representing the steel industry,  issued a statement in reaction to the Trump administration’s recent announcement that it is re-examining fuel-economy standards set by the Obama administration for 2022-2025 model year light-duty vehicles.

“AISI is pleased the administration has withdrawn the final determination of the EPA Light Duty Vehicle Emission Standards issued in January,” Thomas J. Gibson, president and CEO of AISI said in the statement. “As a key materials solutions provider, we look forward to a dialogue between EPA, National Highway Traffic Safety Administration, California Air Resources Board, auto manufacturers and other relevant stakeholders on the Mid-Term Evaluation. The steel industry is making investments in new grades of lightweight, high-strength steels to assist our automotive customers in reducing emissions and improving fuel economy performance.  We are confident that getting the partnership between the government and stakeholders back on track will result in a plan for the future which protects the environment by establishing a common sense, implementable single national program for CAFE and GHG standards.”

For Diploma, Right? Engineers Give the State of US Infrastructure a D+

U.S. infrastructure was given a near-failing grade of D+ by the American Society of Civil Engineers (ASCE) yesterday, the largest trade association of the civil engineering profession in the U.S. This was the second time in two reports that our national roads, bridges, railways, airports, dams and other infrastructure sites barely avoided the dreaded F.  The criticism could give momentum to President Donald Trump’s vow of a $1 trillion investment to rebuild everything from roads to dams.

The D+ grade from the American Society of Civil Engineers‘ (ASCE) is unchanged from its last report card in 2013, suggesting that only minor progress had been made in improving public works.

The ASCE estimated in a statement that the United States needed to invest $4.59 trillion by 2025 to bring its infrastructure to an adequate B- grade, a figure about $2 trillion higher than current funding levels.

Chinese steel exports tumbled to a three-year low in February, customs data showed on Wednesday, lower than expectations, as steelmakers in the world’s top producer shifted to meeting rising demand at home.

Shipments for the month were 5.75 million metric tons, the lowest since February 2014, data from the General Administration of Customs showed. It was down 29.1% from a year ago and down 22.5% from January.

A similar challenge was rejected by another federal judge last year.

The Philippines’  Environment Ministry, under the direction of Environment and Natural Resources Secretary Regina Lopez, on Tuesday ordered the cancellation of 75 mining contracts, stepping up a campaign to stop extraction of resources in sensitive areas after earlier shutting more than half of the country’s operating mines, Reuters reported. The contracts are all in watershed zones, with many in the exploration stage.

They cover projects not yet in production and the latest action by Lopez suggests she will not allow them to be developed further. The move turns up the heat in her battle with the mining sector after she ordered the closure of 23 of the country’s 41 mines earlier this month on environmental grounds.