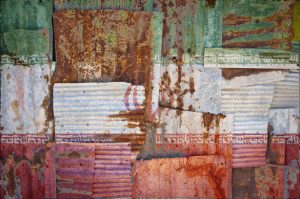 On Wednesday, the president signed an executive order imposing sanctions on Iran’s metals industry, including exports of iron, steel, aluminum and copper.

According to Rio Tinto CEO Jean-Sebastien Jacques, the miner has begun to ship greater volumes of aluminum to the European market amid flagging U.S. demand, Reuters reported.

The CEO cited the ongoing U.S.-China trade conflict as a factor contributing to the decline in U.S. demand.

Although negotiations between the U.S. and China continued this week, tensions escalated as President Donald Trump has threatened to increase the rate on a previously announced $200 billion in tariffs from 10% to 25%, setting a Friday deadline for the increase. The tariffs were originally imposed in September, with the tariff rate increase scheduled for Jan. 1 before the two countries reached an agreement on a negotiating timetable.

“Our first quarter results reflect the challenging operating environment the industry has faced in recent months,” ArcelorMittal Chairman and CEO Lakshmi Mittal said. “Profitability has been impacted by lower steel pricing due to weaker economic activity and continued global overcapacity, as well as rising raw material costs as a result of supply-side developments in Brazil.”

“We continue to face a challenge from high levels of imports, particularly in Europe, where safeguard measures introduced by the European Commission have not been fully effective,” Mittal said. “Although we are somewhat encouraged by the firmer price environment in China, this is not being reflected in Europe where in order to adapt to the current market environment we have recently announced annualized production cuts of three million tonnes in our flat steel operations. It is important there is a level playing field to address unfair competition, and this includes a green border adjustment to ensure that imports into Europe face the same carbon costs as producers in Europe.”