This Morning in Metals: Consumer Price Index up 0.9% in June 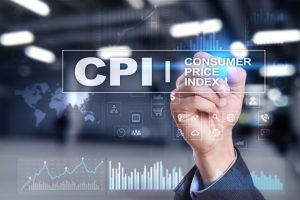 The Consumer Price Index for All Urban Consumers increased by 0.9% in June, the Bureau of Labor Statistics reported today.

The June jump marked the largest one-month increase since June 2008, the BLS reported, when the index jumped by 1.0%.

US crude oil production efficiency up in Bakken

However, the Bakken region proved to be the only US region with a rise in production efficiency last year.

“In 2020, U.S. initial crude oil production per well, or well production efficiency, increased significantly in the Bakken region, according to our Drilling Productivity Report (DPR), which we update monthly,” the EIA reported. “Productivity in other drilling regions remained largely steady or decreased slightly, DPR data shows.”

NAS accounts for approximately 40% of the U.S. stainless steel market.

However, a source told MetalMiner that NAS sent letters to customers rescinding the force majeure and had only opted to reduce, rather than halt, production. The slowdown will result in delays of about two weeks, MetalMiner has learned, and will largely impact September order books.