We wrote recently on the impact rising silicon, magnesium and manganese prices out of China were having on the aluminum industry. Many European mills had issued advisories, essentially putting their customers on notice about possible delivery delays and softening them up for the possibility of cost increases. 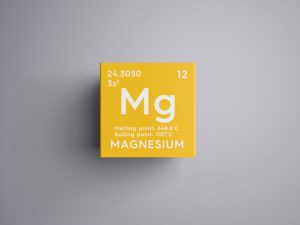 Well, now it is steel’s turn to sound the bell.

A post in New Civil Engineer outlines the fears of magnesium shortages spoiling the steel party. The post quotes major European trade bodies who have warned that supply issues from China since September mean the continent could face an acute shortage of magnesium, potentially running out of supply within 30 days.

In an almost exact copy of the aluminum producers’ situation, the European Steel Association has warned that costs have risen from around $2,000 per metric ton to between $10,000 and $14,000. That is threatening some mills to close production, even though the quantity required per ton of steel is relatively small.

Magnesium hasn’t traditionally been thought of as a critical metal. Now, with supplies drying up, it is proving all too critical to Europe’s alloying industry (whether steel or aluminum).

Europe and import dependence from China

Unlike the U.S., which enjoys both primary and secondary magnesium domestic production, China supplies 95% of Europe’s magnesium demand. Last year, this totaled 155,000 tons, according to Reuters. Rolling power cuts in China — some due to coal scarcity but most due to provincial governments mandating lower power consumption — have forced 25 production plants in the main magnesium production hubs of Shaanxi and Shanxi to close. Another five are operating at half capacity.

The resulting scarcity has resulted in a collapse in exports and driven prices through the roof.

Nor is it just magnesium.

Other power hungry alloying elements, like silicon, have been similarly hit driving up the cost of aluminum extrusion billets, both domestically in China and Europe.

Relief though does appear to be on the horizon.

In a magnesium presentation this week, Shanghai Metal Markets reported that while priority is being given to residential home heating, agreements have been reached under what is termed the Chinese dual control system to increase power supplies to critical users like the smelting industry. As a result production, is expected to increase through the end of the year.

Prices have fallen from a peak of nearly 70,000 yuan/ton at the end of September to currently 48,000 yuan/ton. However, that is still elevated from the start of this year. The key question remains: how much additional metal will be released for export, given domestic Chinese inventory levels are depleted?

There will be a lag in both better metal availability and, hence, lower prices feeding through the supply chain. However, the situation for now does appear to be getting better.

Q4 price reductions hoped for steel and semi-finished aluminum following recent falls on the LME could prove elusive, though, if alloying metals like magnesium and silicon remain in short supply in the run up to the year’s end.

Consumers will be hoping for a better and less volatile 2022, as this year has been one of the worst in memory.