Automakers Go on the Offensive Over Potential Tariffs 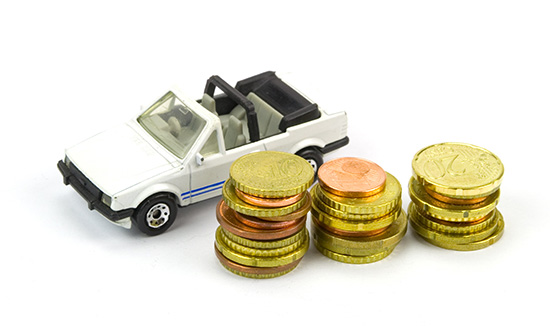 The president’s assertion that trade wars are easy to win is — at this stage, at least — looking a little less certain than it was at the outset.

Not surprisingly, exporters to the U.S. impacted by actual and proposed import tariffs are threatening to retaliate with tariffs of their own.

The Financial Times reports comments from global automakers warning that plans to impose tariffs on auto imports could raise prices of imported vehicles by as much as $6,000 per car and raise the cost of locally made cars, most of which include some foreign content.

The most alarmist comments are, not surprisingly, from the Alliance of Automobile Manufacturers, which is quoted as saying that buyers of imported vehicles would face an average $5,800 price rise from a 25% tariff.

“Nationwide, this tariff would hit American consumers with a tax of nearly $45bn, based on 2017 auto sales. Not included in this figure are costs from tariffs on auto components,” the industry group said.

In reality, such a significant price increase on imported cars would push the market in favor of domestic manufacturers. So, 2017 auto sales are probably not an exact benchmark; however, even the cost of the Honda Odyssey produced in the U.S. would rise by $1,500-$2,000 because of its imported content, the Financial Times reports.

Should, as seems likely, overseas markets impose retaliatory tariffs, this could have a significantly negative impact on U.S. auto exports, which totaled $99 billion last year.

Not surprisingly, figures vary widely as to the likely impact on U.S. vehicle production and the potential for loss of American jobs.

The Alliance of Automobile Manufacturers, citing data from the Peterson Institute, suggests a 25% tariff on imported vehicles and components would result in a 1.5% decline in U.S. vehicle production and a loss of 195,000 American jobs over a period of one to three years; if other countries retaliate, job losses could increase to 624,000.

Economists at Oxford Economics, on that other hand, said new U.S. auto tariffs would have a modest direct impact on the economy, suggesting a 0.1% reduction in GDP in 2019 and 0.2% in 2020, representing 100,000 job losses in the first year.

Either way, outside of political circles there seem to be few suggesting it will be good for jobs or auto production in the short to medium term. Should tariffs remain in place in the medium to long term, they would almost certainly boost prospects for domestic automakers and hasten the realignment of supply chains to domestic component suppliers.

So far, of course, it is unclear if the president really intends tariffs to be a long-term feature or rather a tactic he has deployed as part of a negotiating strategy to force changes in the terms of trade with America’s partners. Should the strategy be successful, it’s possible some tariffs will never be applied or could be rescinded within a matter of months. Businesses, of course, can only afford to sit and wait so long before they have to take action after the point at which tariffs are actually applied.

After the president’s unprecedented tariffs on steel and aluminum, few are doubting his resolve. Component suppliers throughout the supply chain are no doubt busy evaluating the implications for their business.

Tariffs or no tariffs, that process alone will encourage the reshoring of component supplies over the coming years.

Supply chain vulnerability has taken on a whole new urgency.