China’s Renminbi is Unlikely to Threaten the Dollar — For Now 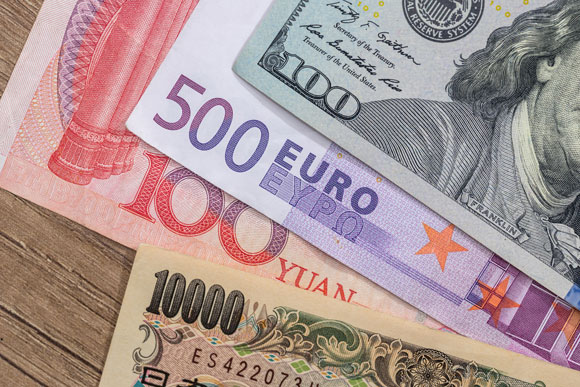 A few years ago it was not uncommon to hear pundits calling the end of the dollar’s supremacy, the decline of the greenback’s position as the world’s reserve currency.

Those pundits predicted the dollar would eventually be overtaken by a rising China — or, at the very least, by a multi-currency world of euros, yen and the rapidly rising renminbi.

Then came the broad market rout of 2015 and all that went into reverse.

You won’t have heard those calls for the dollar’s demise of late: why? Because despite the current administration’s weaponization of the currency – the imposition of geopolitically inspired controls on dollar transactions, such as sanctions on Russian oligarchs, Iran, North Korea, and so on — the dollar is being used more now than it was five years ago.

Russia one can understand, but the surprise has been China.

Today, the renminbi is less international by three key measures than just before that 2015 meltdown, the Financial Times explains. At its peak more than four years ago, the Chinese currency had become the fourth-most widely used currency for cross-border payments, according to SWIFT, the global financial messaging service.

But for most of the past few years, it has been in fifth place, having fallen in larger monthly volumes, year on year, than other global currencies. Similarly, the Financial Times says, yuan-denominated trade accounted for 30% of total Chinese trade in 2014, but has since slipped to about half that level.

Moreover, offshore bond issuance denominated in renminbi is about half the roughly $900 billion level of 2014, according to JPMorgan.

The only parties to kick the trend are central banks, which, as of the third quarter, carried 1.8% of the world’s reserves in renminbi, according to IMF data. But that was up only slightly from 1.1% when the Chinese currency was first included in the data at the end of 2016 and still pales to banks’ appetite for gold, holdings of which are now at their highest level since 1971.

Fortunes for the renminbi could be about to change, though.

Recently, Chinese government bonds have become accepted into a widely used global index, a move that could ultimately spur some $2 trillion of fund inflows into China’s onshore debt market, according to the Financial Times. That signifies the country’s debt market, the world’s third-largest, could in itself spur demand for renminbi.

Even so, China’s aspiration for the renminbi to rank alongside the dollar still looks to be a long way off.

No need to rush to the forex dealer with your greenbacks just yet.