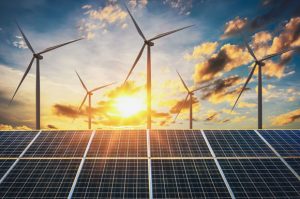 CleanMax will own and manage the plant. Meanwhile, Facebook will purchase the power produced.

Indian financial paper Mint quoted Urvi Parekh, head of renewable energy at Facebook, as saying the partnership will enable new solar and wind power to be generated in the near future. As such, it would contribute to the decarbonization of the Indian electrical grid.

Incidentally, nearly 50% of the project capacity has already been commissioned and is generating power.

This is not the first such project in Asia involving Facebook.

In October 2020, the social media giant signed a Power Purchase Agreement with a Singaporean energy company, Sunseap Group. The deal would see it utilize solar panels on the rooftops of 1,200 public housing blocks and 49 government buildings.

In turn, Facebook will receive Renewable Energy Credits (REC) produced by the project once it’s done next year. Facebook will buy up to 100 MW of power at a previously agreed upon price.

Facebook’s journey started back in 2011 with a wind project in Iowa.

Facebook and other data-center-reliant tech companies use up as much as 1% of the world’s total energy, according to the International Energy Agency.

Last July, Apple unveiled a plan to become carbon neutral for its supply chain and products by 2030.

That means even Apple’s manufacturers in India will be moving to 100% renewable energy. In addition, the company’s partners have 8 GW of planned clean energy set to come online by 2030.

Last week, Apple also announced that its US $4.7 billion green bond spend helped generate 1.2 gigawatts of renewable energy. In February 2016 the company issued its first US $1.5 billion Green Bond. It followed it up with another round of $1 billion in June 2017.

In November 2019, the company issued its third set of Green Bonds and its first in Europe. The bonds came in at 1 billion euros each (totaling nearly US $2.2 billion). In fact, Apple’s global corporate operations are already carbon neutral.

“Apple is dedicated to protecting the planet we all share with solutions that are supporting the communities where we work,” said Lisa Jackson, Apple’s vice president of environment, policy and social initiatives. “We all have a responsibility to do everything we can to fight against the impacts of climate change, and our $4.7 billion investment of the proceeds from our Green Bond sales is an important driver in our efforts. Ultimately, clean power is good business.”

While turning green themselves, these companies are also hastening the transformation of entire electricity systems in many parts of the world.

PREVIOUS POST:
This Morning in Metals: US steel capacity utilization rate reaches 78.0%
NEXT POST:
A year later: Chatting with Josh Gilbert of Temperance Beer Co. on the aluminum can shortage, COVID-19 impacts