India to become net exporter of steel to China; US stainless steel output forecast to rise 16%

News reports indicate India is set to become a net exporter of steel to China but will be surpassed by Indonesia as the world’s second-largest stainless steel producer.

A new report by a financial credit rating company has forecast that going by current trends, India would turn net exporter of steel to China in this fiscal.

This comes despite India being hit by the COVID-19 pandemic and existing border tensions with China. 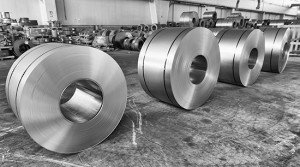 But the news of positive exports could be dampened a bit by another forecast.

Indonesia could replace India as the world’s second-largest producer of stainless steel, according to the U.K.-based research institute MEPS.

“Expansion in Indonesian output should continue to outpace that in India,” MEPS added. “However, rises in other regions are projected to be modest. This will bring little comfort to buyers that are contending with domestic shortages and soaring prices.”

The research institute said Indonesia is likely to displace India as the second-largest stainless steel producer this year with production of 4.5 million tons.

Meanwhile, in China, power rationing and turmoil in the real estate sector continue to impact output and consumption levels.

US stainless output to rise

In the U.S., MEPS forecast stainless steel production of 2.5 million tons, or up 16% year over year.

However, buyers facing difficulty in securing stainless steel will likely continue to face challenges next year (as we have reported in the Monthly Metal Outlook and Stainless MMI).

“However, the annual outturn is unlikely to return to pre-pandemic levels in 2022,” MEPS said. “Shortages of stainless steel, particularly cold rolled coil, are likely to be a feature of the domestic market in the short term.”

More than two-thirds of global nickel production goes toward stainless steel production. The LME nickel price spiked in late November to over $21,000 per metric ton but has since retraced. LME three-month nickel closed Monday at $19,660 per metric ton.

Steel is at the core of India’s growth story.

The Indian steel sector contributes approximately 1.5% to its GDP. The country is the third-largest manufacturing hub of steel pipe in the world. Steel pipes constitute 8-10% of the steel consumption.

While China’s steel production has contracted throughout this year, India’s has grown in the same period. The Indian government has initiated programs to facilitate smooth production and sustain the steel industry. The 2017 National Steel Policy (NSP), for example, aimed to speed up development of the industry to scale global benchmarks. Eastern India, for example, has the potential to add over 75% of India’s incremental steel capacity. Of the country’s targeted 300 MT capacity by 2030-31, over 200 MT could come from this region, Infomerics said.

The Infomerics report also cites optimism for the Indian steel industry by virtue of the country’s low per capita steel consumption. An uptick in infrastructure construction, plus development of the automobile and railways sectors, will boost steel consumption.

PREVIOUS POST:
Logistics costs ease heading into the New Year, but bottlenecks remain
NEXT POST:
This Morning in Metals: US steel capacity utilization up to 82.4%, steel prices cool