On April 8th, the European Union announced plans to ban imports of Russian coal. This, of course, comes in the wake of that country’s February invasion of Ukraine. The decision is part of the fifth round of sanctions against the Kremlin. And with the Russian economy already poised for a massive contraction, prices – including metal prices – around the world are sure to be affected.

Aside from banning thermal coal from Russia, the six-pillared sanction package also stipulates a ban on coking and PCI-grade coal. Russia is currently a major supplier of these high-demand raw materials. Therefore, this announcement will undoubtedly create a number of challenges for steelmakers in the 27-member bloc. In fact, according to German state broadcaster Deutsche Welle, Russian metallurgical coal comprises about 25% of total imports.

Metal prices are in constant flux. Stay up to date on the latest news by signing up for the weekly MetalMiner newsletter here. 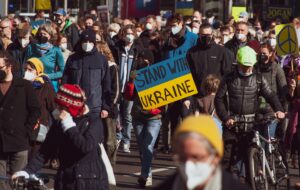 No Overstating the Importance of Russian Coal

Any way you slice it, Russian coal is crucial to many European industries. As the name implies, coking coal is the primary feedstock for coke production. PCI-grade coal, on the other hand, is crucial to the production of pig iron within blast furnaces. In 2020, hard coal deliveries to EU coke ovens totaled 38 million metric tons.

According to figures provided by the European Statistical Office (Eurostat) this was a decrease of approximately 15.6% from 2019. In that year, more than 45 million metric tons were shipped. Eurostat also noted that coke production in the bloc totaled 30 million metric tons in 2020. This, too, was down 6.3% from the previous year.

As of the announcement, Russian-flagged sea vessels will also no longer be able to enter EU ports in most cases. The European Commission added that “exemptions apply for medical, food, energy, and humanitarian purposes. That said, the proposed coal ban is not due to actually go into effect until August.

As one analyst pointed out, this would allow end-users to acquire large volumes of product until that time. Of course, if the ban goes forward as planned, steelmakers will still need to find new sources of coal. “This will result in further cost increases,” the analyst told MetalMiner. “And while I think Europe can get around it, it will be another constraint.” 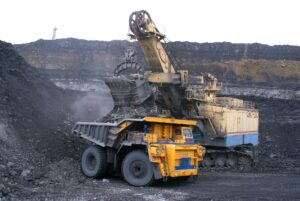 The Search for New Coal Sources

The analyst went on to say that some possible sources the EU might consider to replace Russia’s coal supply include both Colombia and Canada. However, transatlantic shipping logistics and the high quality of Canadian-origin coking coal will make both of these rather expensive options. Due to its proximity, Polish coking coal would be much more convenient. Unfortunately, many of that country’s mines need to dig deeper before hitting coalface, which can drive up costs.

“There is always the option of sourcing the coal from the United States, which has some of the world’s highest-quality coking coal,” our analyst indicated. However, he remained dubious as to whether the Biden administration would be willing to restart coal mining activities solely for that purpose.

Overstating the Importance of Russian Coal

The day the invasion began, Russian President Vladimir Putin took state television to announce that the “operation in Ukraine” was an attempt to stop the genocide of ethnic Russians and to “de-nazify” and demilitarize the country. The announcement was met with both outrage and accusations of deliberate misinformation from all corners of the world.

Leading up to the mobilization, one of Russia’s main points of contention was the prospective expansion of the North Atlantic Treaty Organization (NATO) military alliance eastward into Ukraine. Russia was – and likely still is – seeking some sort of guarantee that Ukraine would never join that organization, a demand that US officials have declared a “non-starter.”

The best way to stay informed about fast-moving metal indices is Metal Miner’s monthly MMI Report. Sign up here to begin receiving it completely FREE of charge. For a real competitive edge in the metals industry, try a demo/tour of our revolutionary insights platform here.