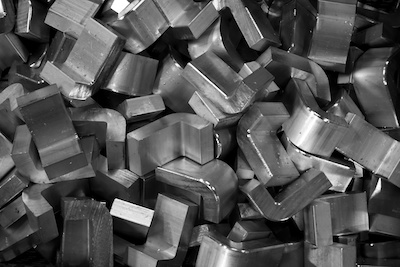 This morning in metals news, aluminum prices have risen to a seven-year-high following the London Metal Exchange’s ban on Rusal metal, the EU pushes back against the U.S.’s steel and aluminum tariffs, and renewable energy takes center stage among major U.S. companies.

A 7-Year High for Aluminum Prices

Aluminum prices surged to their highest levels since 2011 in midst of the scramble that has resulted from U.S. sanctions on Russian producer Rusal, the Financial Times reported. On Monday, the price of aluminum rose more than 5% to push past $2,400 per ton, a seven-year high. This marks the biggest one-day gain for aluminum prices since 2011.

The London Metal Exchange has banned Rusal metal produced or sold after April 6, and the ban comes into effect tomorrow.

Although the European Union has a temporary exemption from the U.S.’s Section 232 tariffs on steel and aluminum, it is demanding compensation at the World Trade Organization, Reuters reported.

The EU is arguing that the U.S. tariffs were imposed only to protect U.S. industry, rather than for security measures.

More and more big U.S. companies are moving over to renewable energy, CNET reported. Anheuser-Busch InBev, General Motors, Kimberly Clark, Starbucks and Target are just some of the big-name companies that signed up for renewable energy in 2017.

Despite the U.S.’s withdrawal from the Paris Accord, corporations are “actually prioritizing environmental sustainability in even greater numbers,” Kevin Haley, marketing manager at the Rocky Mountain Institute’s Business Renewable Center, told CNET. “The rebound in corporate purchasing we’ve seen in 2017 and 2018 are further evidence that companies are turning commitment into action, despite a lack of significant support at the federal level.”