This Morning in Metals: Ontario Premier Doug Ford says U.S. steel tariffs could be next 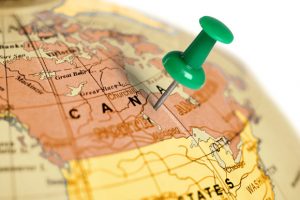 This morning in metals news: Ontario Premier Doug Ford said the U.S. may follow up its reinstatement of aluminum tariffs with tariffs on Canadian steel; utility-scale battery storage continues to become more prevalent; and China imported a record amount of iron ore in July.

We’re offering timely emails with exclusive analyst commentary and some best practice advice – and you choose how often you receive it.

Late last week, President Donald Trump signed a proclamation reinstating tariffs on some Canadian aluminum. The U.S. rescinded its Section 232 steel and aluminum tariffs for Canada and Mexico in May 2019.

Utility-scale battery storage on the rise

According to the Energy Information Administration, installation of utility-scale battery storage continues to rise in the U.S.

“In 2010, the United States had seven operational battery storage systems, which accounted for 59 megawatts (MW) of power capacity (the maximum amount of power output a battery can provide in any instant) and 21 megawatthours (MWh) of energy capacity (the total amount of energy that can be stored or discharged by a battery),” the EIA reported.

According to General Administration of Customs Data cited by Reuters, iron ore imports totaled 112.65 million tonnes in July. The July monthly import total marked a 10.8% increase from the previous month, according to Reuters.

Stay up to date on everything going on in the world of metals by signing up for the MetalMiner Gunpowder e-newsletter.